Posted by Unknown at 9:38 AM No comments: 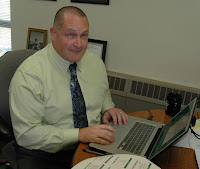 Hart Career Center in Mexico, Missouri. During my public education tenure, I have also served as an Industrial Technology Teacher, Guidance Counselor and Vocational Resource Educator.  My corporate experience consists of Logistics Management with Wal-Mart, and I owned and operated a custom millwork shop.  Additionally, I have served in the US Army as a commissioned officer.
Why CACC?:  I have long thought of CACC as one of highest quality career centers in the state. It has consistently had strong leadership and is an example to many other centers.  When an assistant director position opened, I wanted to be a part of a highly successful team.  With the strong district commitments to Career and Technical Education, Columbia Missouri has a very bright future.
Interesting Tidbits: I enjoy listening to and playing music.  I also enjoy golf, gardening and biking.  My most recently found pleasure is teaching my daughter to drive.
Family: Married for 20 years with 3 daughters.
Mr. Dean Martin
Position: Core Essentials of Firefighting & Public Safety Instructor 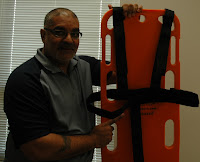 Previous Experience: Retired from the Columbia Fire Department after serving almost 22 years.
Why CACC?: I was a member of the initial advisory committee for these programs so when the opportunity presented itself I jumped at it.
Interesting Tidbit: I am originally from the South Bronx in NYC
Family: Married over 20 years, 3 daughters. 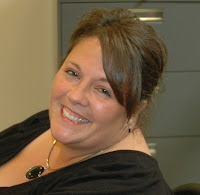 Why CACC?:  I have always had a passion for career education.  As a student in high school, my favorite classes were Agriculture and Marketing.  Now as an adult, I see how the things I learned in those two areas, together with added opportunities to increase knowledge and develop skills at the college level, have equipped me with skills I use everyday.  The Career Center is a great place to explore interests and gain knowledge and skills you can use wherever you go.  I also love the education atmosphere and working with students.
Interesting Tidbits:  I have two wonderful sons Gentry (6) and Hayden (4).  We live on the four generation family farm that Kevin, my husband and also an instructor at CACC, grew up on in Centertown.  We also participate in the Boone County and Cole County Farmers Market where we market our farm fresh pork , whole chicken, eggs, berries and vegetables.

Mr. Juan Flores
Position: IT/PC Technician
Previous Experience: I worked as a Networking Specialist for Everbrite Electronics for a number of years before moving to Columbia.
Why CACC?  Because it rocks!
Interesting Tidbits: Computers seem to love me.  I can't explain it.  And, by the way, I'm from the Dominican Republic!  Adios, amigos!
Mr. Tony Kindwall 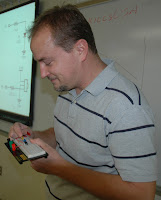 Previous Experience: I have worked as an Electronics Technician in the US Navy, then as a Network Administrator, and have taught Networking,Telephony, and Game Design at the Lake Career and Technical Center.
Why CACC?: I moved to Columbia to be close to my girlfriend and I wanted to expand my career.
Interesting Tidbits: I love playing frisbee, flying airplanes, and turtles.
Posted by Unknown at 3:00 PM No comments:

Remember how we told you Mrs. Brueck would be broadcasting live from CACC last Thursday?  Check out a clip from that episode of U_News @ 4 where a fellow co-host in New Jersey "SpeedPaints" our Broadcast Journalism instructor while she reports live from Columbia Area Career Center!

Did you happen to catch KOMU 8's U_News @ 4 broadcast last Tuesday?  If not, you missed out on seeing our very own CACC Broadcast Journalism instructor Haley Brueck co-host Columbia's new and innovative newscast, billed as an "interactive conversation," and "news with a twist."


Mrs. Brueck was one of ten co-hosts in an invite-only Google+ Hangout, which allows for interactive video conferencing with multiple people in a range of locations.  In July, KOMU 8 became the first local broadcast station in the country to incorporate Google+ Hangout into a newscast.  U_News @ 4 is a result of that trial run and, as the first of its kind, is making national headlines for its venture into uncharted territory.  Along with the cohosts in the Hangout, the broadcast features viewer's photos, videos, tweets, and Facebook posts.


Mrs. Brueck co-hosted from the comfort of her own home while another co-host broadcasted from the parking lot of a restaurant, and still others from the far regions of the globe, all to discuss the hot topics in the day's news.  KOMU's Sarah Hill anchored the live program from the KOMU 8 studio on Highway 63, regularly interacting with her co-hosts to bring fresh perspectives and quality dialogue to the normal news broadcast.  Hill noted that Mrs. Brueck "helped us make Broadcast Journalism history and I know will be a valuable resource to others in mid-Missouri looking to engage with this new technology."


Mrs. Brueck echoed the sentiment: "Imagine - a newscast can interview experts from around the world or citizens in the middle of a news story can share/broadcast their experience to the news station via Google Plus "Hangout . . ."


Mrs. Brueck brings a wealth of knowledge and experience to not only U_News @ 4, but also to her students at CACC.  In addition to teaching Broadcast Journalism 1, 2, and 3, Mrs. Brueck also mentors students in an Internship program that gives CPS students the opportunity to work in the profession before ever stepping foot in a college classroom.


So you missed Mrs. Brueck's debut on U_News?  No worries!  Check out tomorrow's U_News @ 4 and catch her encore co-hosting gig, where she will be broadcasting live from CACC!

Posted by Unknown at 9:53 AM No comments: 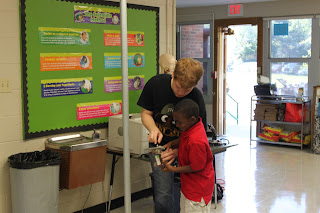 
The CACC Army Ants are interested in helping Benton establish their own FIRST Lego League so students can gain experience in robotics and research.  Gillis was hopeful and excited at the prospect of forming an elementary team.  "They [the elementary students] don't have limitations to their creativity, and we would be mentoring them so they could structure that creativity into making something new and innovative."  Kullman was also encouraged by the trip to Benton, adding "Everyone--the kids, the teachers, the principal--they were all interested and so supportive."
Benton made the transition to become Columbia Public Schools' first STEM focused elementary this year.  Find out more about their new direction on their website.
Posted by Unknown at 10:20 AM No comments: 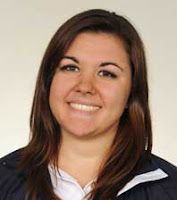 Columbia Area Career Center alum Rachel Koppelman recently found herself in the pages of the nationally circulated PARADE Magazine, profiled for her upcoming role as a member of Team USA in the 2011 WorldSkills competition in London.  Rachel will compete in the cooking category, a track she began back in her days as a CACC culinary student under the direction of Chefs Jeff Rayl, Brook Harlan, and Carri Risner.  Rachel won the 2010 SkillsUSA Culinary Arts competition as a senior in high school, not only earning her a full-ride scholarship to the Culinary Institute of America, but the opportunity to represent the United States as the best-of-the-best in her trade as well.  "We could not be more proud of her," Chef Risner said of Rachel, "This is a great example of hard work paying off."

Rachel will be among more than 1,000 young people, chosen as the finest in their skilled categories, to travel to the UK in October for the competition.  She is currently pursuing her professional degree at CIA in Hyde Park, New York.
Check out the full article here!
Want more information about the WorldSkills Competition? Find out more here!
Posted by Unknown at 2:27 PM No comments: